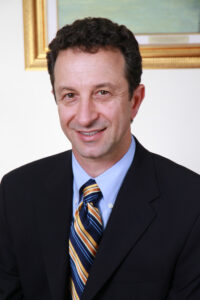 Claude Pupkin was born in Santiago, Chile and moved to the United States at the age of nine.  He graduated Summa Cum Laude from the University of Maryland, Collage Park in 1984, with a bachelor’s degree in Business Administration and went on to earn his CPA and work at Ernst & Young as an auditor. In 1986, he was admitted to the Wharton School of the University of Pennsylvania for a joint MBA/MA degree program from the Joseph H. Lauder Institute of Management and International Studies where he focused on Finance and learned Portuguese. Upon graduation, Mr. Pupkin joined Citibank’s Latin America division as an Investment Banker in the Sao Paulo, Brazil branch. In 1992, Mr. Pupkin moved to Morgan Stanley’s NY office where he served as a Vice President in their Corporate Finance division and in 1998, Claude moved to JP Morgan Chase where was a Managing Director in charge of the firm’s Latin America Telecom, Media, and Technology investment banking business. Mr. Pupkin left the investment banking industry and joined IDT Corporation in January 2003 where he held several roles:

In 2016, Claude Pupkin retired from IDT Corporation and became an independent consultant and Director for Private Equity and other investors.

Claude & his wife Laurie moved to Denver in 2015 and full-time to Avon in 2020. Since moving to Colorado and embracing an active outdoor lifestyle, the Pupkins have become more aware of environmental issues and climate change, the importance of tourism to the State of Colorado and the mountain communities and development’s impact on nature. This new lifestyle and time spent out west contributed to Claude’s passion towards nature, conservation and the importance of doing everything we can to save the planet.