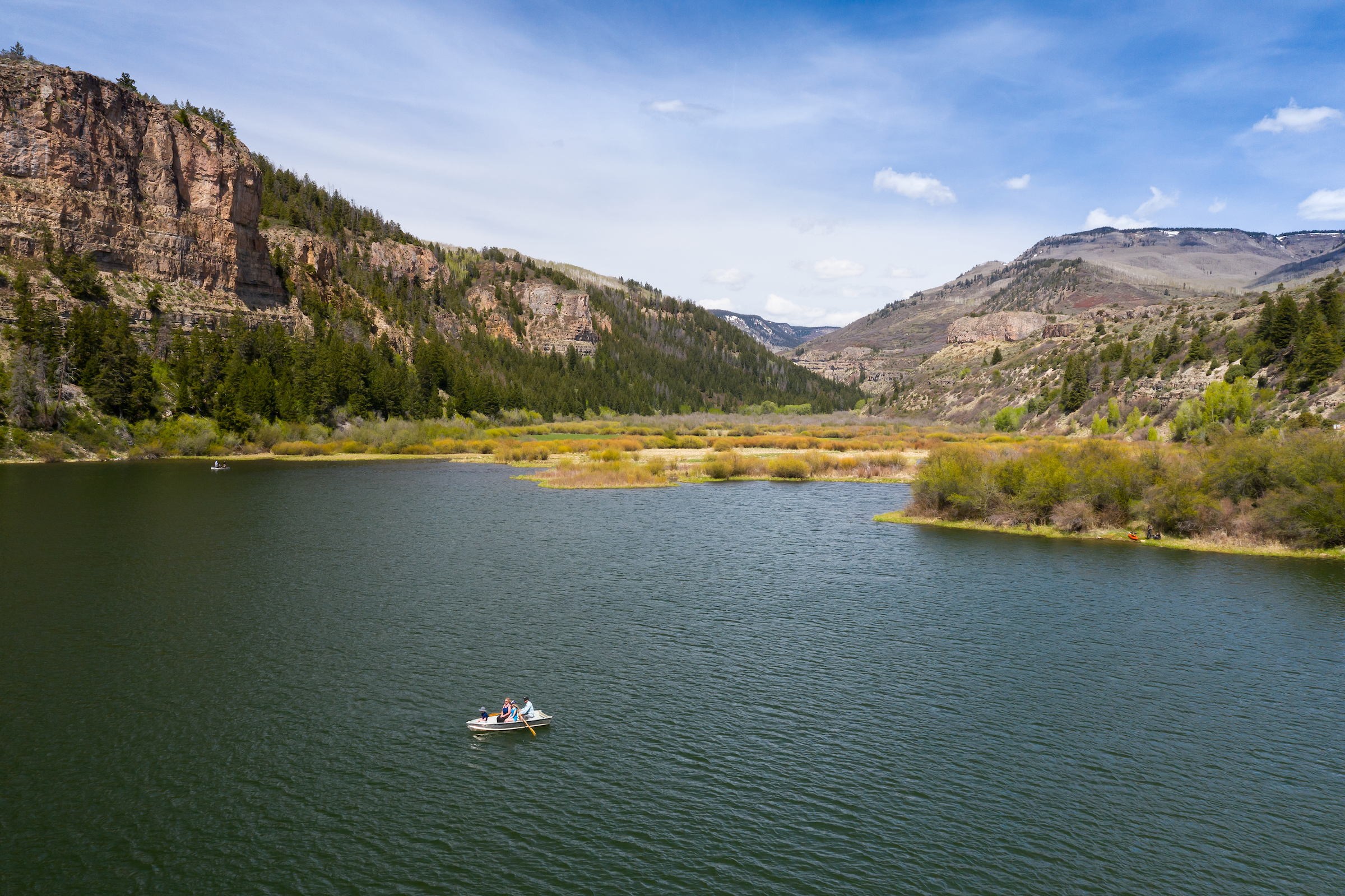 The White River National Forest completed its acquisition of the 488-acre Sweetwater Lake Ranch in western Colorado. This new land acquisition, facilitated between The Conservation Fund and the U.S. Forest Service, will protect wildlife habitat and create new recreational access to Sweetwater Lake for the general public to enjoy boating, fishing, swimming and camping.

“Sweetwater Lake has been cherished in this region for decades. We are thrilled to expand the public access to this area and very grateful for all the local support we received for this acquisition,” said White River National Forest Supervisor Scott Fitzwilliams.

The Conservation Fund purchased the land in 2020 to prevent any potential development while the Forest Service awaited funding from the federal Land and Water Conservation Fund (LWCF) for the project, which had been identified among the top 10 priority LWCF purchases nationwide. Now a part of the White River National Forest, the property will remain protected in perpetuity.

“Sweetwater Lake is beloved by the community, and we’re honored to play a role in protecting this Colorado gem for the benefit of the public and the wildlife,” said Justin Spring, Colorado state director at The Conservation Fund. “Colorado’s Congressional delegation has worked hard to secure LWCF funding for Colorado, so we’re thrilled to see it go to such an exceptional project like Sweetwater Lake. We’re also excited to announce our Sweetwater Lake Stewardship and Equity Fund, which will assist the Eagle Valley Land Trust and our agency partners in activating the property for public use and enhancing opportunities for underserved communities to enjoy the space for years to come.”

“I’m thrilled Sweetwater Lake will be officially incorporated into the White River National Forest after we secured full funding for the Land and Water Conservation Fund last year. This move not only protects Sweetwater Lake by making it public land, but also boosts Colorado’s economy and improves recreation access for the millions of people who visit the White River National Forest every year. I’m thankful for the collaboration between The Conservation Fund and the U.S. Forest Service on this project,” said U.S. Senator Michael Bennet.

“Sweetwater Lake is one of the largest and most pristine natural bodies of water in the Centennial State, and we’re ecstatic Coloradans and visitors will continue enjoying it thanks to the Land and Water Conservation Fund,” said U.S. Senator John Hickenlooper.

The newly acquired land is largely open to the public. Ranch structures and some of the areas around them remain closed until the Forest Service completes its evaluation and long-term management plan for the area.

“In the coming months, we will be working with the public and partners such as Colorado Parks and Wildlife and the Eagle Valley Land Trust to develop a long-term management plan for Sweetwater Lake,” Fitzwilliams said.

“The conservation of Sweetwater Lake is the realization of a community vision decades in the making. The partners, donors, and advocates who made this acquisition possible have created a legacy that will benefit all the residents and guests of Eagle and Garfield Counties for generations to come. EVLT is looking forward to supporting the Forest Service and Colorado Parks and Wildlife in this exciting new chapter of Sweetwater Lake,” said Jessica Foulis, Executive Director, Eagle Valley Land Trust.