We are honored and proud to announce that Eagle Valley Land Trust has won the 2012-2013 Vail Valley Small Non Profit of the Year, presented by the Vail Valley Partnership at the annual Success Awards.  Competition was fierce with over 20 local non profits nominated.  Out of that pool, three were chosen as finalists for the Small Non Profit category.  The other two finalists, the Vail Veterans Program and the Education Foundation of Eagle County, had great missions and we were honored to be finalists among them.

In order to qualify as a small non profit the organization had to have fewer than 5 full time employees and be a federally registered 501 (c)(3) non profit in good standing.  After being nominated by other VVP members, EVLT submitted a nomination packet detailing the work we’ve accomplished over 2012 for review by the final selection committee.  None of us knew until it was announced at the event what organization had won which made for quite an exciting evening.

Thank you to all our supporters, volunteers and donors.  Our success would not be possible without everything you do for us.  We are happy to support such a wonderful community and look forward to 2013 being another great year for your local Land Trust. 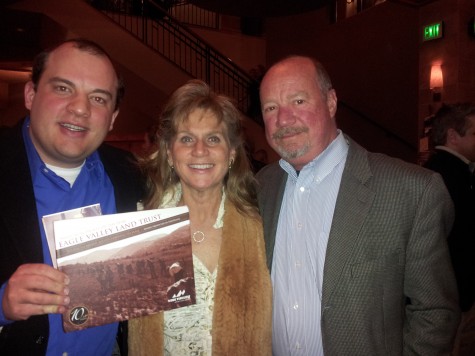 For a full list of this year’s Success Awards winners check out the Vail Daily story here.